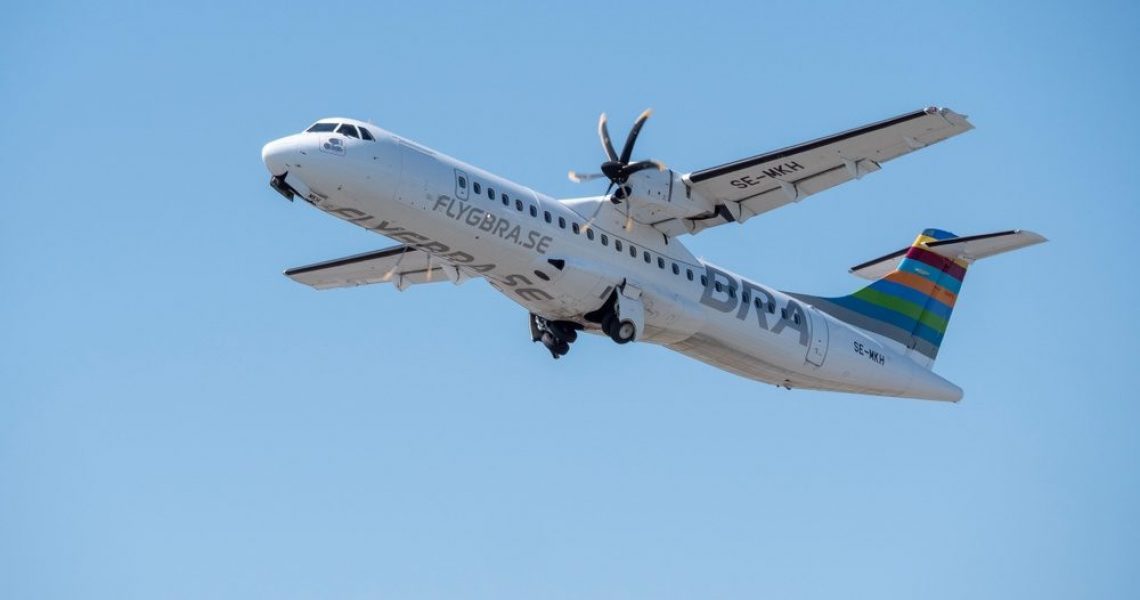 The airline BRA has decided to extend air traffic to Stockholm-Bromma from Skellefteå Airport for the rest of the year. The route is operated on Thursdays and Sundays during the autumn. “If we see the same good development in travel that we have seen during the summer, there are great opportunities for increased traffic to and from Skellefteå,” says Martin Erkenborn, commercial manager at BR.

During the summer, the airline BRA served Stockholm-Bromma and Gothenburg as summer destinations. The development on these routes has greatly exceeded expectations, with the airline now deciding on a long-term establishment in Skellefteå.

– The growth in Skellefteå and the surrounding area is exceptional and we want to contribute to that development by providing climate-efficient and flexible travel alternatives for Skellefteå’s growing market. Our goal is to become the world’s first fossil-free airline and that harmonizes well with Skellefteå’s work for sustainable travel, says BRA’s commercial manager Martin Erkenborn.

– Skellefteå is growing strongly and we have a great need for communications to and from the region. We see BRA’s extension of the flight route to Stockholm-Bromma as very important as it provides improved accessibility for our growing business community, our visitors and for our residents, says Robert Lindberg, CEO of Skellefteå Airport.

Skellefteå Airport is Västerbotten’s second largest airport with a strategic location between Luleå and Umeå. The airport is owned by Skellefteå municipality and has a normal year of about 300,000 passengers per year. The airport offers domestic scheduled flights with daily departures to Arlanda, and Bromma as well as charter traffic to Rhodes, Amsterdam, Antalya, Split, Mallorca, Gran Canaria, Andorra, Phuket, Krabi and Kr